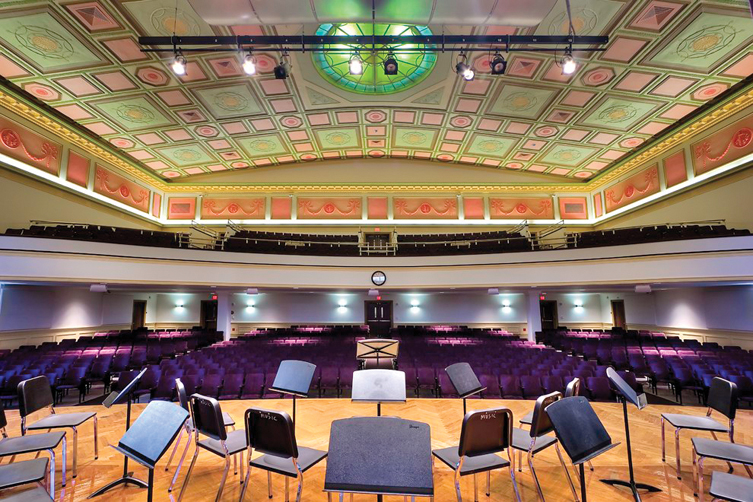 ENVISION completed several projects for the City School District of Albany, including the 150,000 sf Hackett Middle School preservation / modernization. A feasibility study was completed prior to the bond referendum, to determine if the structure was suitable for reorganization into three grades, of two teams each, with supporting academic, non-academic and administrative spaces. We determined the 80 year old structure would fulfill the needs, by way of careful space planning of the upper floors and complete reorganization of lower floors. Relocating old large mechanical rooms and capturing ‘found’ storage space, the lower two levels were transformed into special classrooms for art, music, technology, as well as a media center, cafeteria and grade level service/ mechanical space.

After the bond referendum passed, a pre-design phase investigated the existing conditions in detail. ENVISION prepared the scope of investigations with an RFP for contractor supported destructive testing of the roof and exterior walls. With lifts and harnesses, we were also able to investigate all surfaces of the exterior envelope. Due to these thorough investigations, we were able to accurately provide a scope of repairs for bidding. The exterior was rehabilitated with new roof systems, masonry repair, repointing and cleaning. Eligible for placement on the National Register of Historic Places, the Hackett Middle School exterior and the interior lobby, grand stair and auditorium, were carefully designed for historic preservation, and reviewed and approved by the State Historic Preservation Office.

The interior work included repair of  the historic lobby and auditorium, and a complete renovation of corridors and classrooms, addressing 21st century educational needs for lighting and acoustics. Code compliance for fire exiting, life safety and accessibility were an important part of the project scope. Two new stair towers and elevator were built as additions, corridors were reconfigured to connect to them. A complete renovation of the building's mechanical, electrical, and plumbing systems, as well as integration of a new air conditioning and data technology systems also took place.  The energy saving design was commissioned independently under a NYS Energy Grant, and resulted in the largest rebate to the school district, four times larger than what is typically awarded.

Parking was developed with adequate spaces for faculty, parents, and bus dropoff, and was incorporated into a pleasing new site plan.